*Free for Junior high school students and under and those 65 years and older living in Osaka city. Please show proof of age (driver’s license, passport, etc.) when entering.

Iguchi Kokindo was founded in Sonezaki in Tenpo 1 (1830), and from its base in Semba during the Keio era, became a long-established store for mounting pictures that was active for five generations. It worked with many famous families in Osaka, such as the Sumitomo and Fujita families. It was also broadly familiar with literary arts, such as painting, sencha, and haiku, and played a role as a cultural salon, where collectors and painters from Semba would come and go. We introduce the dynamics of the art and culture of modern Osaka surrounding Iguchi Kokindo, based on the results of recent research. 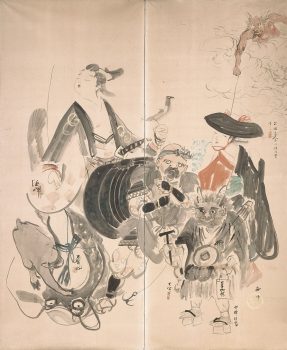 A Note to Our Visitors